We would like to offer our sincere support to anyone coping with grief. Enter your email below for our complimentary daily grief messages. Messages run for up to one year and you can stop at any time. Your email will not be used for any other purpose.

Share a memory
Obituary & Services
Tribute Wall
Read more about the life story of JoAnn and share your memory.

On Friday, November 4, 2022, God sent his angels to guide JoAnn Rivers- Skinner to her Heavenly Home. No more pain, no more sickness, she is free.

I can imagine when she entered the pearly gates, there was an almighty shout from her brothers, “Here Comes the Boss!”

God said, "Welcome home my child. You have done your job faithfully and now it’s up to them to carry on."

JoAnn Rivers-Skinner was born November 9, 1945 and raised in Asheville, NC. In her twenties she moved to NYC, with her four little daughters, where she met and married James Bernard Skinner. JoAnn was a former Trustee and member of Second Canaan Baptist Church of Harlem, NY.

JoAnn retired from Verizon Communications after 25+ years of service and returned home to Asheville, NC to continue the legacy that was started by her grandmother, Sallie Rivers. She also worked part-time for Mission Health and Lowe’s. She found joy working in her garden and sharing her love of plants with her neighbors.

JoAnn was a proud Trustee of Nazareth First Missionary Baptist Church, Asheville, NC, where she served as the Treasurer and Leader of Christian Education, of which she was extremely proud.

To send flowers to the family or plant a tree in memory of JoAnn Rivers Skinner, please visit our floral store.


Video is available for this event 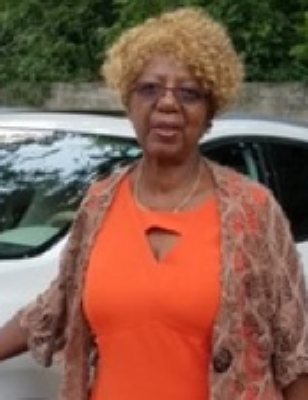 Look inside to read what others have shared


Family and friends are coming together online to create a special keepsake. Every memory left on the online obituary will be automatically included in the book.